So the classic land rover was packed with exploring items - Map CHECK, binoculars CHECK, Camera CHECK,and a host of other things all packed in for a day of fun. The sun was shining as we entered the Cuckmere valley. The first port of call had to be the Long man of Wilmington for today was a day to behold. The Scouts had turned up in their droves with one thing in mind, No not to sit around a camp fire singing songs ... for the modern day scouts are far removed from that image! Armed with paint and brushes, they were here for the community and to give the 236ft chalk figure a makeover. YES they were painting a giant. Pulling the old landy into the field it was a sight to see. Looking up the slope to Windover Hill it appeared that the long man had nits as a gaggle of scouts, looking like ants, scrambled around his head. Lines of human insects were making their way over this huge mystical giant and I smiled at the view and wondered what the people ( who ever they were as no one really knows who created the LMoW) would have thought. It was also so great to see that the newly founded and wonderful brewery Long Man Brewery from just a mile down the road, had spotted on twitter the scouts plan and in true community fashion, had turned up to help and support the scouts. The brewery owes it's name to the long man ( No ... really Sherlock ??) 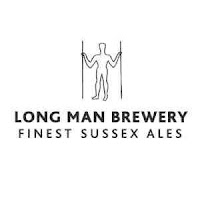 And although the brewery is barely just over a year old and not aged like the Giant, it is clearly a brewery and company of the Southdowns and the Cuckmere valley and community alike, that has already made it's mark almost as bold and big as the giant itself. So hats of to the Long Man Brewery and the Scouts , for the giant was gleaming in the Sussex sunshine and was we pulled away from the site, I think I spotted the brewery owner with a warm big smile on his face .... and looking in the rear view mirror, back towards the giant, I swear I saw a smile on his featureless face too as the scurrying ants continued to do their work!!
This area of the Southdowns National Park, Cuckmere Valley, really is a special place and with communities coming together to help each other, shows even more why it is so. Later after a mad day of exploring, we found ourselves in middle farm shop at Firle. And whilst wondering around the cider barn there it was, like a ship being led to safety i moved across the the shelves packed with bottle beers. Shining like a lighthouse and calling my name was a long blonde !! Now before you feel that I was being led astray from the lady I was with, this Long Blonde was the product of the aforementioned brewery. So with a smile on my face and thoughts of ants and a giant, i procured a couple of bottles for myself to sample later in friston forest with the BBQ.
Well now the lady is a lady and can be found in the city of london frequenting the trendy wine bars and quaffing some of the best champagne going, so imagine to my horror as she asked to taste the local brew and to my worst nightmare declared " OMG This is my new favorite drink" ....... WHAT , I only have two bottles " Wrong, now you only have One"...Dam !!